The Faculty of Tourism and Finance of the University of Seville as Institution and Dr. José Luis Jiménez Caballero and Dr. Francisco Serrano Domínguez as researchers within the institution itself, by virtue of their wide research work, they have contributed actively together to Mr. Diego Fuentes Díaz, CEO and President of the company VIP World Events, which is also an Affiliate Member of the UNWTO (United Nations World Tourism Organization), in the development of a new tourism concept, that it has been named Governmental & Institutional Travel & Tourism.

The University has attributed the origin of the concept and this new sector within the tourism industry , which it had never been defined before, to Mr. Diego Fuentes Díaz , after a long and proved experience organizing trips and official events, who detected a necessity for defining this new type of tourism, promoting and standardising the relationships among institutional clients and the different providers of the tourist sector.

Along with the academic definition and the recognition of the concept,promoted by the University of Seville and its Faculty of Tourism and Finance, we have tried to find connections among different academic entities of recognised standing, that would promote the analysis, thoughts and contextualization of this new type of tourism concept. This endorsement has been made by the usual academic sources, with none of the experts consulted having declared against the creation of the concept.

Therefore, we propose as a definition for Governmental and Institutional Travel and Tourism:

This definition has been completed with the following text: “This definition allows to established and to control behaviour standards that will directly affect in a positive way sustainability of the sector. At the same time, it will contribute to professionalization and specialisation of touristic and cultural providers of Governmental and Institutional Travel and Tourism. These trips do not exclusively include transport service, gastronomic service and accommodation; there are many activities of general nature (cultural, social, etc.) with extra activities non specifically tourist ones, that can be done as a consequence of the governmental trip.

The University of Seville jointly with Mr Diego Fuentes Díaz have committed to continue cooperating on a continuous basis with the help program for Governments, within the proyect TOP (Tourism Optimizer Platform), developed with the support of the Affiliate Members programme of the UNWTO, lead by Mr Fuentes.

For the correct development of this definition, this Faculty of Tourism and Finance has recommended to design an investigation Project or a similar formula to go into details of this new concept of tourism, for this reason cooperating scenes have been considered for researchingand developing to continue contributing for an implementation of this new and innovative area of the international tourism sector, that generates around 12.500 millios euros a year. 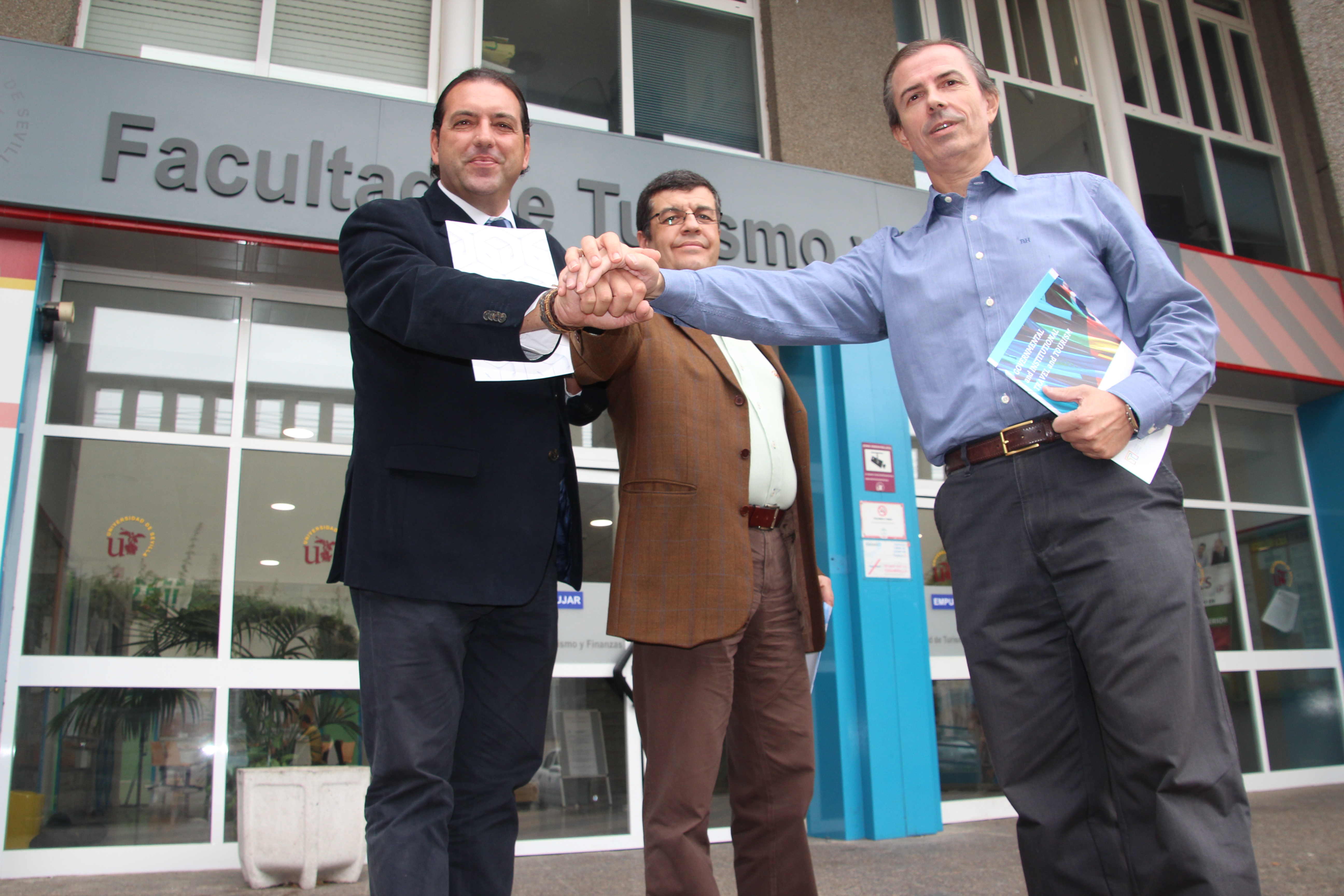 Chronology and development of the concept definition:

Through the UNWTO Affiliate Members programme, is has been developed a programme for helping governments referring to the organization of their governmental trips that take place in the different diplomatic missions. This proyect has been named TOP (Tourism Optimizer Platform).

Subsequently, as a consequence of the previous meeting arises an acting proposal, of which a draft of the first concept definition came out. The proposal intended the development and validation of the concept following the steps below:

A first initial definition of the concept is proposed:Institutional Tourism(at thepresent Governmental and Institutional Traveland Tourism):” those trips and activities done by any representative of the different governmental institutions on a diplomatic mission and protocol actions or representing their own country in the exercise of their duties”.This definition has been completed by the following text: “ And it affects directly to the touristic and cultural providers involved in those trips and activities within the institutional sector. Those trips do not include exclusively transportation service, gastronomic service and accommodation; they are many activities of general nature (cultural, social, etc.) with extra activities non specifically tourist ones,that can be done as a consequence of the governmental trip. That also has consequences not only for regular touristic providers but alsofor complementary activities not touristic providers as such.

We can say that the Faculty of Tourism and Finance teaches the following degrees related with the tourism area:

Also and jointly with the Universities of Alicante, Málaga and the Rey Juan Carlos University, the Inter-universitary Doctoral Tourist program is teached, integrated within the Inter-University Grad School integrated into the Tourist Inter-Universitary Post graduated Net (in Spanish REDINTUR), formed by 25 Universities with Post graduated Tourism studies, it has been qualified in the 2012-2015 Tourist National Plan of the Energy, Industry and Tourism Ministry, within the section of Talent and Entrepreneurship, as a strength , emphasising itsoperating and Tourism formative programmes.

This strong linking with teaching and investigation in the tourist sector allows the establishment of relationships with specialists of recognized prestige, both in Spain and in other countries. Among of all of them, on 14th October , 2015 a first choice of seven specialists was made:

In February 2016, once the first proposal of the concept for the definition of Governmental and Institutional Travel and Tourism was finished, a letter for specialists was made to urge them to collaborate in this study.

Once Professors Jiménez and Serrano analized and discussed about the situation they proposed an informative meeting with the representatives of VIP World Events to explain them the situation and the interpretation of it.

This meeting took place in April 2016 and it is shown that there is no opposition for the development of this new tourism concept. Also, it verified that no message has been received with open critics to the concept or with opinions that show inconvenience to invalidate the proposal for the definition, that reason showed the real necessity to generate knowledge based on this new concept of tourism, considering there is no previous reference about Governmental and Institutional Travel and Tourism.

Subsequently the meeting of reference, new experts and touristic agents involved as official representatives of Governments and International providers of the sector has also been joining.

As a summary, from the University of Seville, we reaffirm the attribution in the creation and definition of this new concept and new tourist area to Mr Diego Fuentes Díaz, whom has been recognized asan expert in this area and which reaffirms on its interest to continue collaborating and participating not only in the concept definition but in any actions needed in teaching, investigation and disclosure, favoring this way an interactive process where the knowledge it is built in permanent contact with the environment in which it is developed.

This new scene opens a public and private cooperation time, where Mr Fuentes has declared the intention to continue collaborating actively with the University of Seville, especially because of the strong impact and the good relation that both parties keep and he is really grateful for the support and interest showed , with especial thanks to Dr.. José Luis JiménezandDr. Francisco Serranofor their job and implication up to nowadays.

Published in Press & Media
Tagged under
More in this category: « Letter from the SG of the UNWTO (Taleb Rifai), to TOP's CEO Technological Platform »
back to top